Matrioshka Games, the creators behind the indie success of Expedition Agartha, is a small but ambitious studio in the United States. Hunter Wu, the founder, and spearhead of the studio was able to launch the studio and its first game, Fallen Angel, while finishing his bachelor’s in game design & Production. Not a small feat.

Since challenges are part of their DNA, their next game had to be a multiplayer title, even if no team member had experience launching one. They also wanted to put their own flavor in the “Escape from Tarkov” genre of venture in some PVE and PVP action, loot, gear up, and repeat. Again, not a small feat.

The main problems faced by Matrioshka while creating Project Agartha can be surmised in the three following  categories:

Luckily, they had the chance to meet Edgegap at the right time, which happened to be during the years when only online events existed.

Edgegap’s server orchestration platform, which could now provide Matrioshka Games with unlimited scaling potential and rapid scalability capabilities WHEN and WHERE their players would need it, enabled the team to resolve their provisioning and performance challenges at once

Moreover, the Edgegap documentation was a boon to the Matrioshka team as it is simple to follow and well structured. They also quickly jump on board the Edgegap Discord channel for direct support from our experienced infrastructure development team. With more than 3500 Discord messages over a year, they really enjoyed the full support of the Edgegap team.

Using the Edgegap solution made everything multiplayer much simpler for the studio from the beginning. The team at Matrioshka Games saw the clear benefits of using Edgegap for themselves and their players. Being able to deploy an individual instance at the right time and right place simply makes a lot of sense.

On the player side, they can expect the best player experience since their game server is placed in the best possible location based on all the players in the match.

On the studio side, Edgegap’s solution allows game studios to cut costs by not having any standby instances. At the same time, Edgegap automates many of the tasks that would need to be done by dedicated resources, all while distributing and scaling game servers in the best location.

Edgegap’s multi-provider infrastructure ensures all their scaling needs at all moments of the game life cycle. This was especially useful when their Twitch influencer launch strategy paid off, creating an important burst of interest and players during their soft launch. Now that they have secured the big HOW of Expedition Agartha and their infra is ready to go, they can focus on the hard launch and the slew of new content.

Expedition Agartha is poised to grow, as the Matrioshka team has proved their game has a fan base and is now 100% dedicated to creating new content. With the help of Edgegap, they were able to reallocate important resources from managing their hosting to new features and iron out the kinks in Expedition Agartha. Not only could they reallocate, but they could do so with an important piece of mind due to the resiliency of a multi-provider approach and the risk mitigation link to provisioning for high player demand. 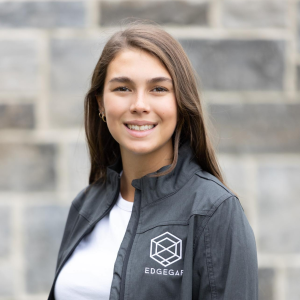